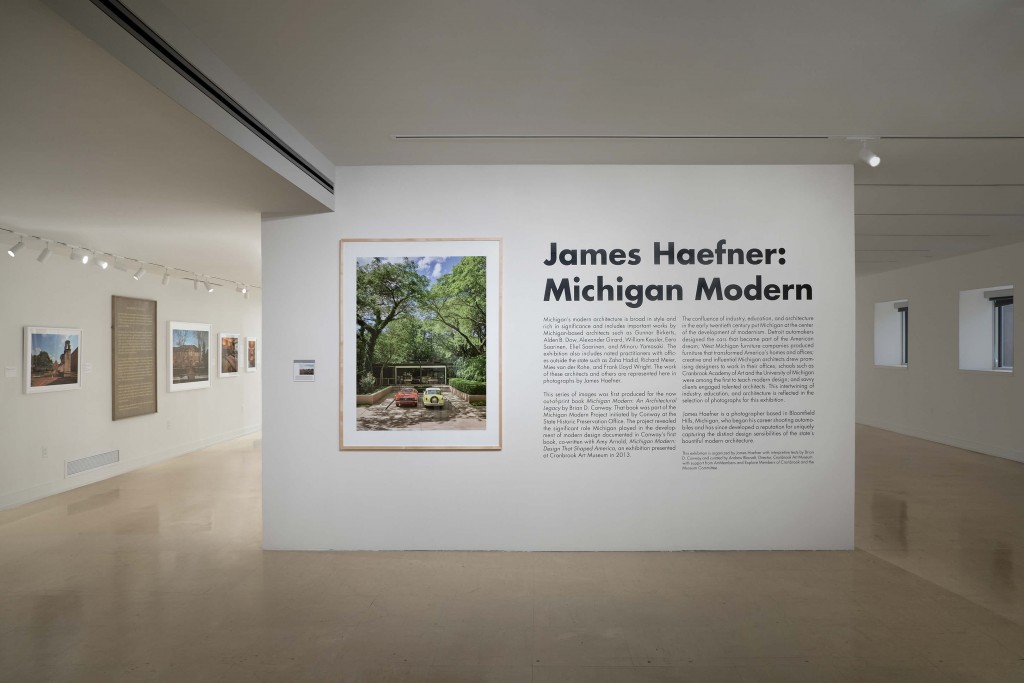 At the confluence of art, industry, and education, Michigan has long played an outsized role in the evolution of modern architecture and design. The architects of the 34 projects documented by Haefner reads like who’s-who of modernism and includes the work of Eliel and Eero Saarinen, Frank Lloyd Wright, Alden B. Dow, Alexander Girard, William Kessler, George Nelson, Mies van der Rohe, Marcel Breuer, Gunnar Birkerts, and Kevin Roche, among many others.

In conjunction with this exhibition is a gallery of photographs by Haefner of Cranbrook’s historic landmark campus, highlighting the architecture of Eliel Saarinen.

The exhibition emerged from Haefner’s work documenting important examples of historically significant architecture throughout Michigan for the State Historic Preservation Office and is based on the book by its former chief officer, Brian D. Conway, Michigan Modern: An Architectural Legacy.

This exhibition is organized by James Haefner with interpretive texts by Brian D. Conway and curated by Andrew Blauvelt, Director, and is supported by ArtMembers of Cranbrook Art Museum and the Museum Committee.