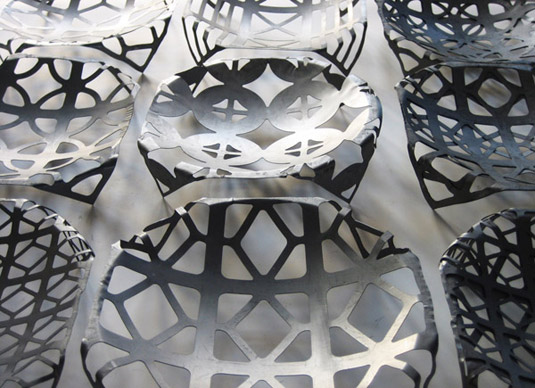 The exhibition “Cranbrook for Alessi,” features prototypes created in a collaborative workshop initiated by the Italian design factory Alessi at Cranbrook Academy of Art. The 2009 workshop brought together artists and designers from the Academy’s Metalsmithing and 3D Design departments for a week of open-ended explorations of metal forms and techniques. The resulting prototypes are a mix of material studies, product proposals, and pre-production samples that demonstrate both the hands-on craft and cutting-edge design work. Alessi has approved four designs for the consumer market which will be launched in the latter half of 2012.

Special thanks to Alberto Alessi, Gloria Barcellini, and the entire Alessi team, as well as Quality Metal Craft of Livonia, Michigan for supporting this exhibition and workshop.