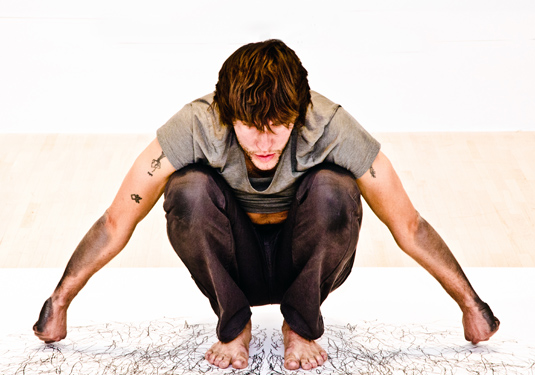 My Brain Is in My Inkstand
Drawing as Thinking and Process

My Brain Is in My Inkstand: Drawing as Thinking and Process is an original exhibition debuting at Cranbrook Art Museum that brings together 22 artists from around the world to redefine the notion of drawing as a thinking process in the arts and sciences alike. Sketches on paper are the first materialized traces of an idea, but they are also an instrument that makes a meandering thought concrete.

Inspired by the accompanying exhibition The Islands of Benoît Mandelbrot, the exhibition uses multiple sources to show how drawings reveal the interdependency of mark making and thinking. It brings together artists and scientists, basketball coaches and skateboarders, biologists and Native American Indians to show how tracing lines is a prerequisite for all mental activity.

The title of the exhibition derives from a quotation by American philosopher, mathematician and scientist Charles Sanders Peirce, whose work involving the over- and under-laying of mathematical formulas with pictographic drawings will be presented for the first time.