Waylande Gregory (1905-1971) redefined American ceramics in the 1930s and 1940s, creating monumental ceramic sculptures and helping to shape Art Deco design in the United States. Featuring over 60 works by the artist, Waylande Gregory: Art Deco Ceramics and the Atomic Impulse highlights Gregory’s role as the chief designer and lead sculptor at Cowan Pottery from 1928 to 1932, his brief but influential tenure as Resident Ceramic Sculptor at Cranbrook’s Arts and Crafts Studios (the earliest iteration of Cranbrook Academy of Art), and his work with the Works Progress Administration, an experience that served as the foundation for his groundbreaking Fountain of the Atom at the New York World’s Fair in 1939.

With artwork from every stage of his career, the exhibition reunites sculptural pieces from the Fountain of the Atom, including Cranbrook Art Museum’s own Water sculpture. The staging of Waylande Gregory: Art Deco Ceramics at Cranbrook will include objects and archival material unique to Cranbrook and Gregory’s time at the institution.

Waylande Gregory: Art Deco Ceramics and the Atomic Impulse was organized and circulated by the University of Richmond Museums, Virginia, and curated by independent ceramics scholar Dr. Thomas C. Folk. Support for the presentation of the exhibition at Cranbrook has been provided by Mr. and Mrs. Martin Stogniew, an anonymous donor, Mr. and Mrs. Jonathan J. Belding, Mr. Francis J. Brady, Dr. Thomas C. Folk, Mr. Gerald Maschino and Mrs. Shirley Wynne Maschino, and Richard Rossello Fine Arts Advisory Services, Inc. The exhibition is accompanied by a new monograph on the work of Waylande Gregory, which is available for purchase at Cranbrook Art Museum.

Focusing primarily on the work of Benoît Mandelbrot (1924–2010), one of the most notable mathematicians of the twentieth century, this exhibition explores the role of images in scientific thinking. With their capacity to generate and shape knowledge, images are at the very core of scientific investigation: charts, graphs, notebooks, instrument readings, technological representations, even mental abstractions–all make up the essential stuff of which ideas are made.

Featuring works on paper, photographs, objects, and films, the exhibition gives viewers a chance to take an inside look at the role images played in the making of the new world of scientific thought that became popularly known as fractal geometry and chaos theory, as exemplified in Benoît Mandelbrot’s Fractal Geometry of Nature (1982).

The Islands of Benoît Mandelbrot is accompanied by a catalogue published by Yale University Press.

This exhibition has been organized by the Bard Graduate Center: Decorative Arts, Design History, Material Culture, New York, and curated by Nina Samuel.

My Brain Is in My Inkstand: Drawing as Thinking and Process is an original exhibition debuting at Cranbrook Art Museum that brings together 22 artists from around the world to redefine the notion of drawing as a thinking process in the arts and sciences alike. Sketches on paper are the first materialized traces of an idea, but they are also an instrument that makes a meandering thought concrete.

Inspired by the accompanying exhibition The Islands of Benoît Mandelbrot, the exhibition uses multiple sources to show how drawings reveal the interdependency of mark making and thinking. It brings together artists and scientists, basketball coaches and skateboarders, biologists and Native American Indians to show how tracing lines is a prerequisite for all mental activity.

The title of the exhibition derives from a quotation by American philosopher, mathematician and scientist Charles Sanders Peirce, whose work involving the over- and under-laying of mathematical formulas with pictographic drawings will be presented for the first time.

Horizons-Upward Bound, known as HUB, has its roots in a partnership with Cranbrook Schools that began in 1965.  Originally named Horizons, it was an experimental summer enrichment program to provide a private school experience on the Cranbrook campus for low-income boys from Detroit.  Funded by a three-year grant from the Ford Foundation, the first class consisted of 52 boys from three junior high schools in Detroit. The following year, Horizons incorporated the U.S. Department of Education’s Upward Bound program and soon was renamed Horizons-Upward Bound.

Over the past fifty years, HUB has evolved into a year-round program which prepares both boys and girls with limited financial opportunities to enter and succeed in post-secondary education.  This exhibition sheds light on the history of the program and its continued affiliation with Cranbrook Schools and highlights key individuals and events that have helped make it the successful legacy it is today including the program’s directors Ben Snyder, Bill Washington, Eddie Green, and current director Darryl Taylor.  Through news clippings, program invitations, brochures and newsletters, student publications, and historic photographs, the exhibition presents a chronological history of the multi-faceted academic enrichment program known as HUB.

50 Years Strong: The Evolution of HUB at Cranbrook was organized by the Cranbrook Center for Collections and Research and curated by Head Archivist Leslie S. Edwards. The Center, which includes Cranbrook Archives, is supported, in part, by the Fred A. and Barbara M. Erb Family Foundation, the Kresge Foundation, the Towbes Foundation of Santa Barbara, California, and many generous individual donors.

MR. MDWST (a truncation of Mister Midwest) is a continuation of the adventures of Beverly Fre$h—a stylized autobiographical character that doubles as an artist persona and stage name for Zack Ostrowski.   Like a postmodern tale of the picaresque, Fre$h has traveled extensively over the last two years on a quest to understand, reconfigure, and interrupt the social constructs and cultural rituals of the rural Midwest.  He created impromptu, site-oriented performances alone and with strangers at carnivals, country fairs, front yards, and back roads, which were recorded for a documentary titled The Outskirts (2014).   This exhibition presents a series of new works inspired by his performative research in the region and features four character tropes he met during his travels: The Badass, The Innocent, The Professional, and The Seeker.

Zack Ostrowski is a contemporary artist and musician raised in Detroit, Michigan, and currently lives and work in Chicago, Illinois.  He has a BFA in Graphic Design/Interactive Media from the College for Creative Studies and an MFA from the 2D Department at Cranbrook Academy of Art, where he was the 2009 recipient of the Daimler AG Emerging Artist Award.  He is an Assistant Professor and Area Head of Graphic Art at DePaul University in Chicago, IL. He has exhibited and performed throughout the United States and internationally, including China, Japan, Peru, Poland, Ukraine, Czech Republic, and Germany.

MR. MDWST – A Real Good Time by Beverly Fre$h was organized by Cranbrook Art Museum and curated by Laura Mott, Curator of Contemporary Art and Design. The exhibition is part of an ongoing series that presents the work of vibrant emerging and mid-career contemporary artists with a special focus on graduates of Cranbrook Academy of Art and Detroit-based artists. Cranbrook Art Museum is supported, in part, by its membership organization, ArtMembers@Cranbrook; the Museum Committee of Cranbrook Art Museum; and the Michigan Council for Arts and Cultural Affairs and the National Endowment for the Arts.

That summer feeling. The escapism, natural romanticism, and bitter nostalgia the mind conjures for the year’s warmest season is unmistakable. Designing Summer: Objects of Escape examines how summertime is embodied through objects of the past and present. Exclusively featuring works by Michigan designers and makers, the exhibition begins in the mid-century, when a thriving automobile industry and growing middle class led to a surge in summertime road trips up north. A postwar economic boom ushered in more leisure time, and works in this show represent both the physical and symbolic escape from America’s expanding corporate culture. Moving into the twenty-first century, designers are now seeking clever ways to reconnect with Michigan’s natural beauty and resources in an increasingly urban economy. Featuring works by Florence Schust Knoll, Pipsan Saarinen Swanson, Steve Frykholm, Bill Moss, Joey Ruiter, Fernando Bales, and Synecdoche Design, among others, these designers capture the idyll and adventure of country drives, cabins and lakes, picnic days, and starry nights, presenting a cultural narrative of summer’s evolving meaning in the Great Lakes State.

Designing Summer: Objects of Escape was organized by Cranbrook Art Museum and curated by Shelley Selim, the Art Museum’s 2015–2016 Jeanne and Ralph Graham Assistant Curator. The exhibition is sponsored, in part, by the Clannad Foundation. 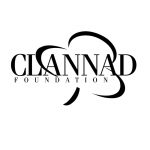 The exhibition “Cranbrook for Alessi,” features prototypes created in a collaborative workshop initiated by the Italian design factory Alessi at Cranbrook Academy of Art. The 2009 workshop brought together artists and designers from the Academy’s Metalsmithing and 3D Design departments for a week of open-ended explorations of metal forms and techniques. The resulting prototypes are a mix of material studies, product proposals, and pre-production samples that demonstrate both the hands-on craft and cutting-edge design work. Alessi has approved four designs for the consumer market which will be launched in the latter half of 2012.

Special thanks to Alberto Alessi, Gloria Barcellini, and the entire Alessi team, as well as Quality Metal Craft of Livonia, Michigan for supporting this exhibition and workshop.

The most innovative work from the next generation of architects, artists, and designers will be on display at the 2015 Graduate Degree Exhibition of Cranbrook Academy of Art. The Degree Exhibition showcases pieces that are the culmination of two years of studio work from a diverse group of 69 graduates as they launch their careers.

The exhibition will fill nearly all of Cranbrook Art Museum’s galleries and surrounding grounds with some of the most innovative art and design work being produced in the nation. It opens to the public on April 19 and will run through May 10, 2015.

Photographs of all the artworks in the exhibition are viewable on the Cranbrook Academy of Art website.
See the Exhibition