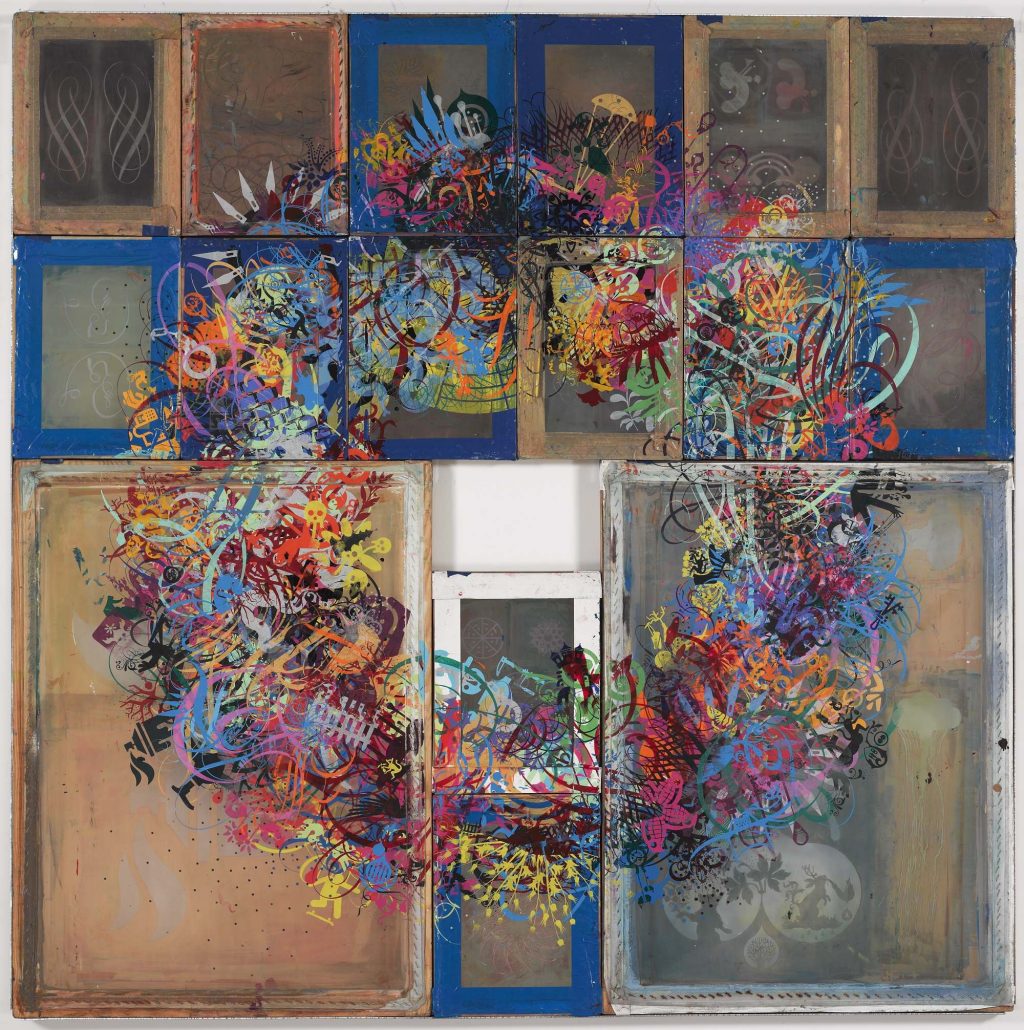 Acclaimed contemporary artist Ryan McGinness is coming to the Detroit area with an ambitious exhibition at Cranbrook Art Museum and public project in downtown Detroit that mines the city’s creative past for the present. At Cranbrook Art Museum in November 2017, he will premiere the exhibition Ryan McGinness: Studio Views, which consists of a large-scale installation based on his studio practice and a presentation of drawings and iconography created from artworks in the Museum’s collection.

McGinness’s creative origins are from skateboarding culture in the mid-1990s that evolved into an expansive graphic design and studio art career. From early on, he understood the power of iconography and was influenced by the symbols one encounters in street signage, corporate logos, and popular culture. Whether creating simple design graphics or cacophonously layered paintings, the core of McGinness’s creative process consists of distilling imagery ranging from everyday objects to dreamscapes—the mundane and the absurd—into its basic characteristics of shape, form, and composition. He creates forms of communication that are not dependent on spoken language, but are rather visual ideograms of contemporary life.

In mindful proximity to the Cranbrook Academy of Art, Ryan McGinness: Studio Views is an exhibition about artistic process and a glimpse into McGinness’ studio practice. The Main Gallery at Cranbrook Art Museum will consist of 35 new paintings that immerse the viewer inside a stylized panorama of the artist’s studio. With a shared horizon of the studio floor, each painting depicts a scene of artworks and objects under construction; however, this visualization of process is in fact the final artwork. In the center of the gallery, McGinness has bolted together used silkscreens to create a physical maze for viewers to explore and discover a series of small sculptures. In an adjacent gallery, McGinness will present Collection Views, a series of new icons inspired by art and design objects that the artist has selected from the museum’s collection. The display will also include the artist’s preparatory sketches created in the development of this new iconography.

Throughout all of these projects, McGinness makes legible the individual elements of each subject—whether the artist’s studio, the museum’s collection, or a piece of the city’s history—offering the viewer new insights into how the artist approaches the world like a visual puzzle.

Ryan McGinness: Studio Views is presented at Cranbrook Art Museum contemporaneously alongside three other solo exhibitions by artists that all operate at the intersection of art and street culture: Basquiat Before Basquiat: East 12th Street, 1979-1980 (traveling from MCA Denver); Keith Haring: The End of the Line; and Maya Stovall: Liquor Store Theatre Performance Films.