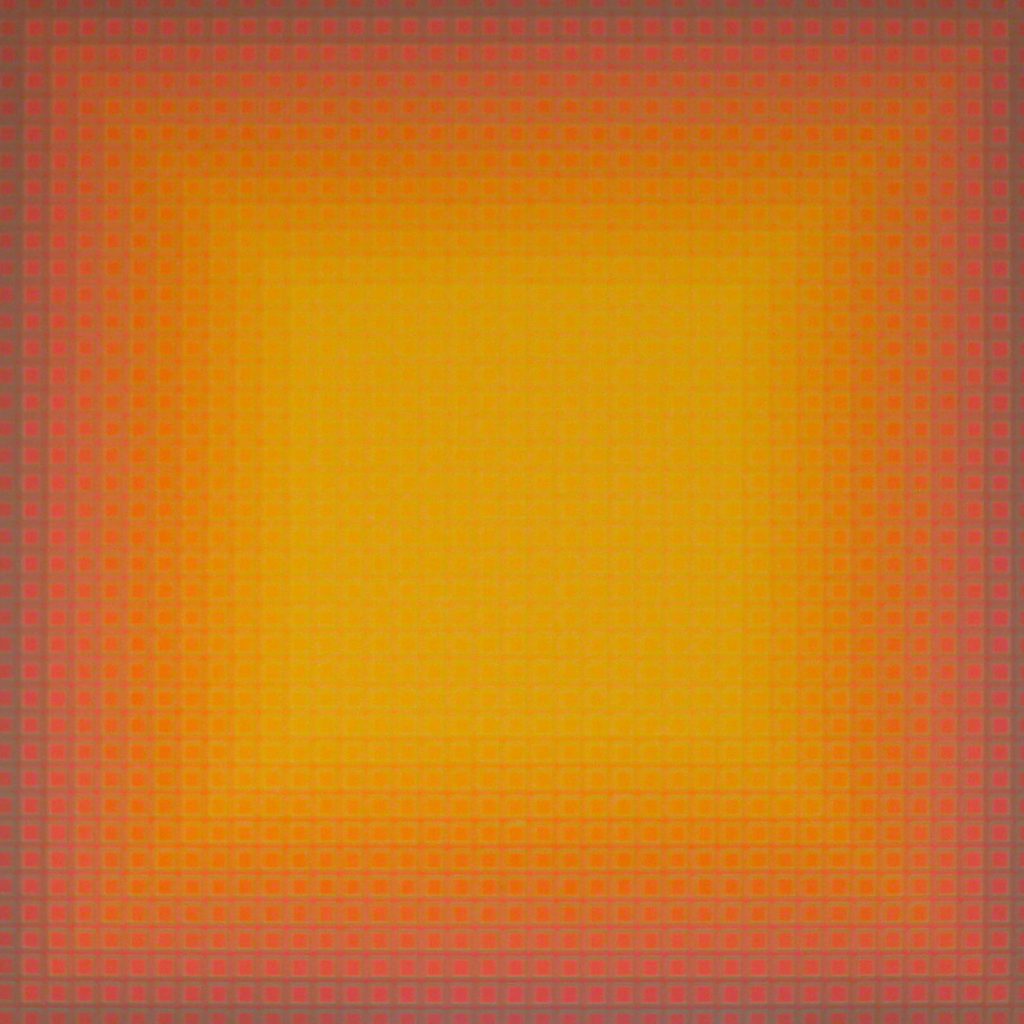 Shapeshifters explores the artist’s ability to redefine themselves, transgress their chosen medium, and transcend the world around them in utterly unique ways. Through the lens of artistry, these transformations are examined in a broad range of artworks from the museum’s permanent collection, presented in four galleries, each with a distinct focus. “Freeze Frame” panels are located throughout the galleries that focus on specific artists and tell their stories of artistic risk and innovation.

Hard Edge/Blurred Lines considers abstraction as an aesthetic strategy to unearth a wealth of individual approaches and philosophies, ranging from ancient sacred geometries to urgent societal concerns. For instance, post-war artists such as Jo Baer and Agnes Martin embrace their own versions of abstraction as a form of visual language that transcend patriarchal narratives—beyond nation, gender, and societal hierarchy. Martin in particular saw her work as a lineage from ancient Egyptian, Chinese, Greek, and Arabic artists. Similarly, Ato Ribeiro (Cranbrook Academy of Art ’17) creates wooden compositions that are informed by the ancestral communication set into the patterns of Ghanaian Kente cloth and African American quilts. Alternately, an adjacent gallery investigates the amorphous possibilities of abstract painting to create an alternate expression of the world. Processes that embrace movement and spontaneity are evident in the work of Joan Mitchell, Sam Gilliam, and José Joya, while the painterly glazed surfaces of ceramicist Toshiko Takaezu are experimental collaborations with the fire of the kiln.

If abstraction in art promised to transcend conventional depictions of reality, then photography offered to capture it. But such an expectation are subverted by artists who use photographic processes and images in their work to expand the definition of their respective medium. Exploding the Frame presents artworks that utilize alternative methods and unconventional strategies. For example, Brittany Nelson (CAA ’11) employs camera-less photography based on nineteenth-century darkroom techniques, merging them with the digital to expand photography beyond the representational, while Robert Rauschenberg’s collage-based works appropriate images from existing photographs to bridge the gap between documentation and invention.

Transformation as an act of claiming agency and asserting dignity in contemporary art is thematically explored in Sea Change. Through processes of foregrounding, altering, shielding, and abstracting the human figure, these artists create works that psychologically mirror the complexity of societal constructs and inequalities. Richard Yarde brings center stage larger than life figures from African American culture, setting them in the scale of monumental portraiture historically reserved for colonizers. From a new generation of masterfully skilled figurative painters, Conrad Egyir (CAA ’18) presents himself in three different shades of skin color challenging the systemic hierarchies of identity, while Marianna Olague’s (CAA ’19) portraits feature individuals from her personal history living on the US-Mexico border, giving prominence to those often marginalized.

Exhibited for the first time at the museum, Nick Cave’s (CAA ’89) Up Right: Detroit is a short film created during the artist’s exhibition and performance series Nick Cave: Here Hear in 2015. Commissioned by Cranbrook Art Museum, the film features a powerful transformation of selfhood orchestrated with participants from the Ruth Ellis Center, a center for LGBTQ+ youth, and the Mosaic Youth Theatre from Detroit. In a rite of passage ceremony, “Practitioners” dress “Initiates” in Cave’s canonical Soundsuits created especially for this work. The participants undergo a metamorphosis through the initiation, emerging as strong and fearless beings.

Shapeshifters is indebted to the significant gifts on view from the Dr. John and Rose Shuey Collection, the Andy Warhol Foundation for the Visual Arts, and recent acquisitions from the Estate of George Francoeur and Gerald Earls.