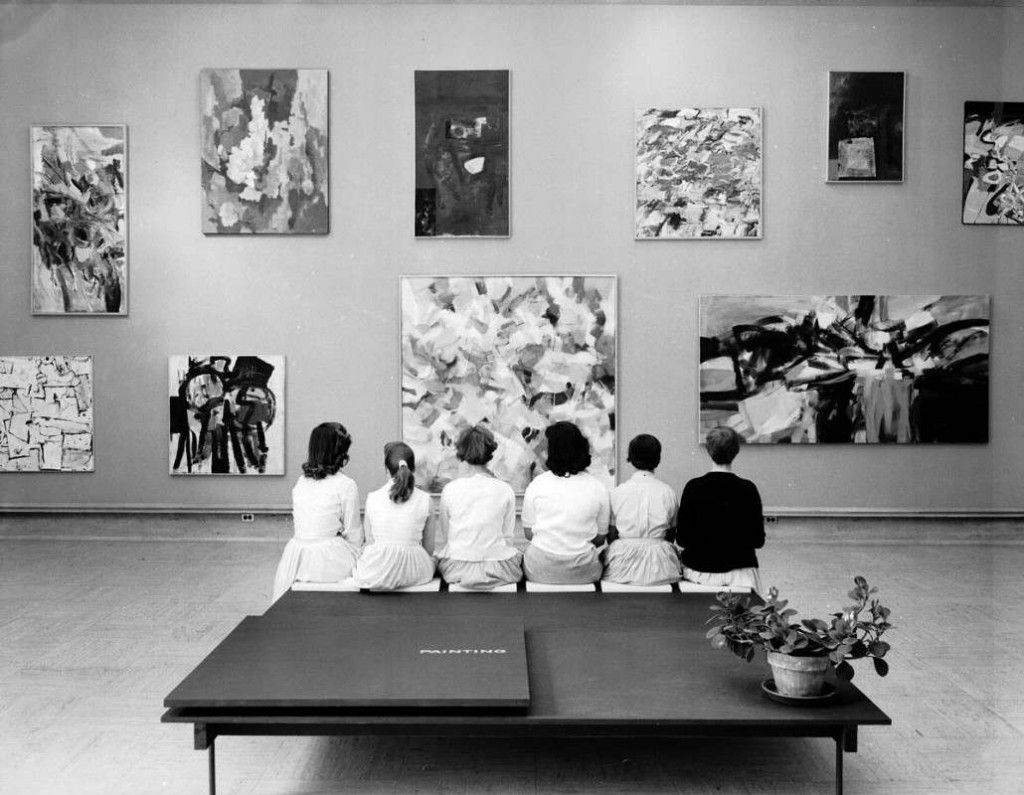 The Cranbrook Salon is the second installment of an ongoing series that explores Cranbrook’s collections through the history of exhibition design. This display draws its inspiration from the salon-style hanging technique, which originated in late seventeenth-century Paris at the French Royal Academy of Painting and Sculpture. In order to accommodate the great quantity of works submitted to the annual student exhibition, the paintings were hung floor-to-ceiling. The exhibition later relocated to the Salon Carré (Square Salon) at the Louvre, and the event—and its mode of display—eventually adapted its name from the venue.

This contemporary installation explores the salon as a mind map, constructing thematic connections and groupings from artworks that span wide-ranging stylistic movements and time periods. While the handheld gallery guide provides insight into these groupings, viewers are also invited to explore the exhibition with minds open to discovery, forging their own associations between these works of art.

The Cranbrook Salon is accompanied by a series of events orchestrated by The Detroit Bluestocking Crew, a collective of female creatives organized for this exhibition. These programs activate another historic model of the term salon—a gathering for socialization and the exchange of ideas. Both within this gallery and in locations throughout the city of Detroit, Cranbrook Art Museum will present lively programs co-hosted by performers, writers, and scholars from the region.