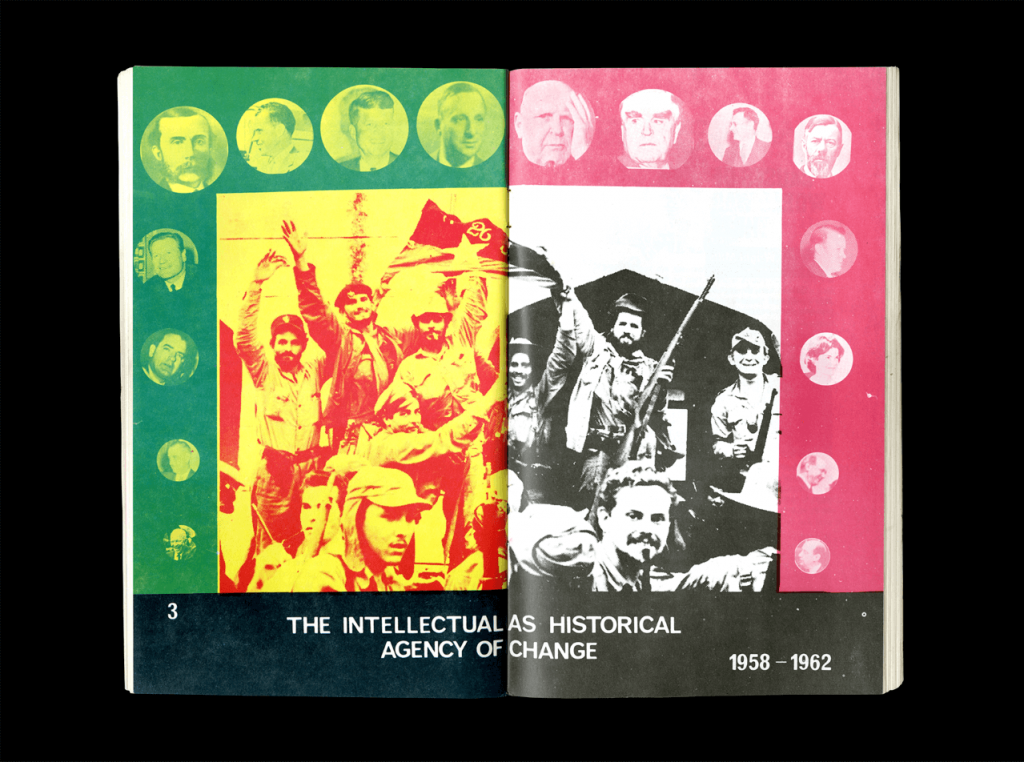 Fredy Perlman, The Birth of a Revolutionary Movement in Yugoslavia, 1969

The Detroit Printing Co-op: The Politics of the Joy of Printing

The social activism of the 1960s and 1970s gave rise to an “underground press,” which provided an alternative way to publish writings on a variety of issues, including Black empowerment, the quest for civil liberties and workers’ rights, anti-Vietnam war sentiment, and critiques of capitalism. This was not a single press but rather a loose collection of independent magazines, alternative newspapers, fringe book publishers, and printing cooperatives, which helped democratize publishing by making the necessary equipment and processes available to ordinary citizens. Alternative presses were created to bypass reluctant commercial printers who simply did not agree with the ideas expressed or feared boycotts by the public or from other clients, as well as reprisals from the government.

Detroit became a hub for such alternative thinking and publishing, both before and after the wake of the citizen uprisings against institutionalized anti-Black racism in 1967 as well as on the basis of its strong union presence in manufacturing. In 1969, a group of friends, including Fredy and Lorraine Perlman, purchased a used industrial printing press and set up shop in the city, eventually calling themselves the Detroit Printing Co-op.

Although lacking any formal printing or design training, Fredy Perlman found an innate connection to the visual possibilities of the printed page. His printing experiments ranged from creating striking collages and using overlapping ink colors to inventive treatments for texts and images on the page. Rejecting the convention of privately owned property, the Co-op also made its press available for like-minded others to use, and printed paid commissions to help cover expenses. The Co-op’s activities included Fredy and Lorraine Perlman’s book imprint called Black & Red, which published Guy Debord’s seminal text, Society of the Spectacle; printing one of the era’s defining magazines, Radical America; and collaboration with members of Black Star, the publishing arm of the League of Revolutionary Black Workers, and Detroit’s influential anarchist newspaper Fifth Estate.

The story of the Detroit Printing Co-op underscores the power of the press to voice dissent, organize communities of like-minded individuals, and to articulate a case for social change. In an era dominated by the printed word and graphic communications, the Detroit Printing Co-op offered a small but potent example of such power, one that finds echoes not only in some of today’s pressing social issues, but also in the resurgent interest in self-publishing and alternative printing methods in an age of screen-based social media.

Detroit Printing Co-op: The Politics of the Joy of Printing is based on a previous exhibition produced by 9338 Campau and subsequent research for a publication of the same title by Danielle Aubert, which was supported in part by the James L. Knight Foundation, Wayne State University, and AIGA. The exhibition was organized by Cranbrook Art Museum and was curated by Andrew Blauvelt and Danielle Aubert with exhibition design by Jon Geiger.