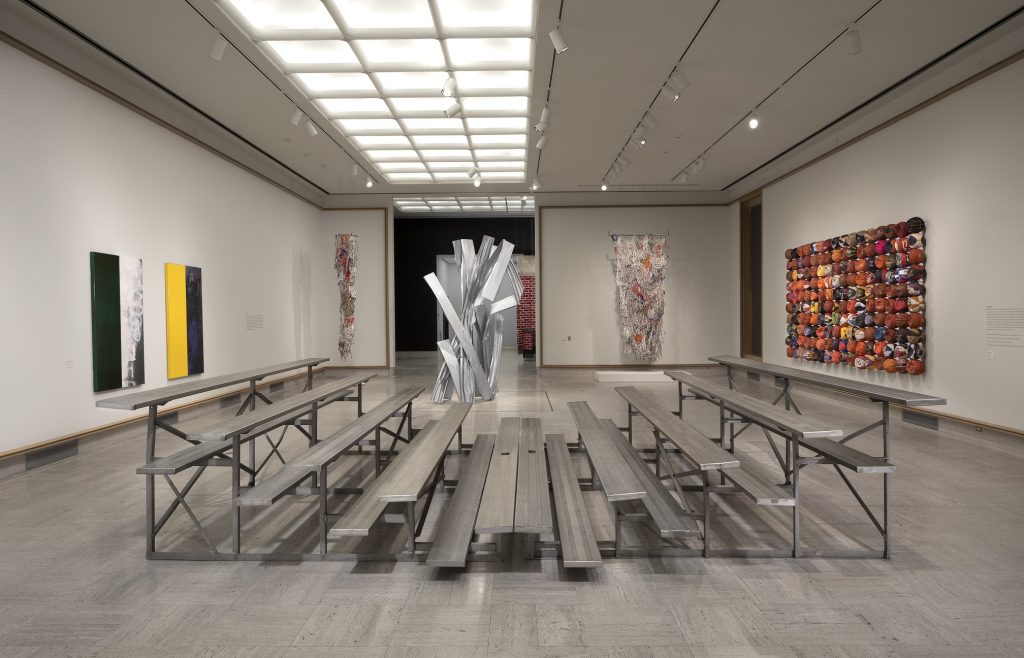 Every tiger has its own pattern of stripes. For artist Tyrrell Winston, the concept of a tiger’s stripes translates to the unique identity, pride, and legacy many feel about their favorite sports team. Best known for his gridded assemblages of found basketballs, Winston’s work is rooted in themes of memory, nostalgia, found objects, and sports culture. His particular focus on sports is, in part, because it is a collective act that society undertakes together.

Cranbrook Art Museum is hosting Winston’s first solo museum presentation. A Detroit-based artist, Winston collected weathered and torn basketball nets from around the city for his series, Network. He replaced old nets with new ones and transformed the worn nets into new dynamic textile works. He has created a new series of Protection Paintings, which juxtapose lacquered panels of metallic automotive paint and found discarded tarps (often used to protect cars from the elements), and a new Michigan-based series of Punishment Paintings, which replicate the autograph signatures of famous athletes over and over again.

Winston will also construct new sculptural works from outdoor bleachers, one of which will serve as a forum for conversations, transforming the object’s typical function of seating opposing teams into a space of dialogue and creative exchange.

Tyrrell Winston: A Tiger’s Stripes is organized by Cranbrook Art Museum and curated by Laura Mott, Chief Curator. The project is supported by a residency facilitated by Library Street Collective.