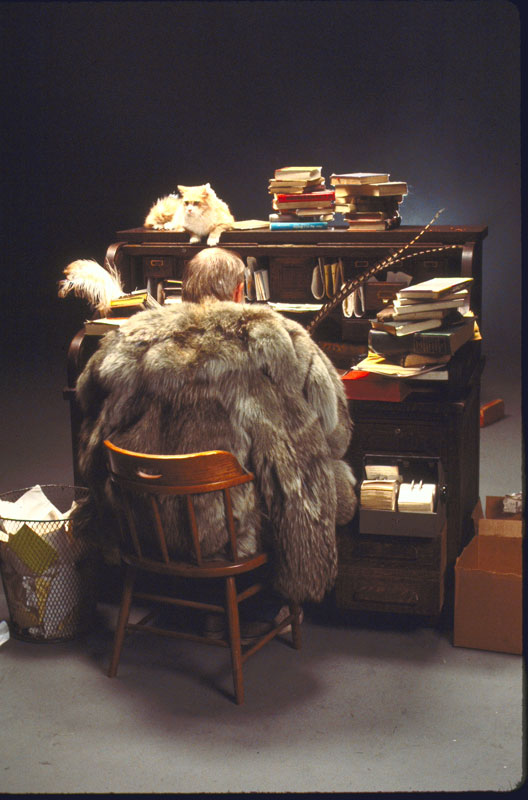 Unsettled
The Work of Edward Gorey

Edward Gorey’s masterful pen-and-ink drawings that illustrate his captivating books conjure a vaguely Edwardian world of handcars, boater hats, and Dickensian children. With titles such as The Hapless Child, The Loathsome Couple, and The Fatal Lozenge, Gorey’s protagonists often meet an untimely demise. Despite the subject matter, his work transcends the mere macabre, offering instead a dark humor that has found contemporary resonance with cultural phenomena from Goth and steampunk to Lemony Snicket and Tim Burton. Although Gorey’s métier was the illustrated novel, his talent and reach extended to other creative realms, including his Tony Award-winning and hauntingly beautiful stage sets and costumes for a 1977 Broadway production of Dracula. Unsettled: The Work of Edward Gorey features many of his famed publications, including several elaborately designed artist’s books and other assorted ephemera and memorabilia.