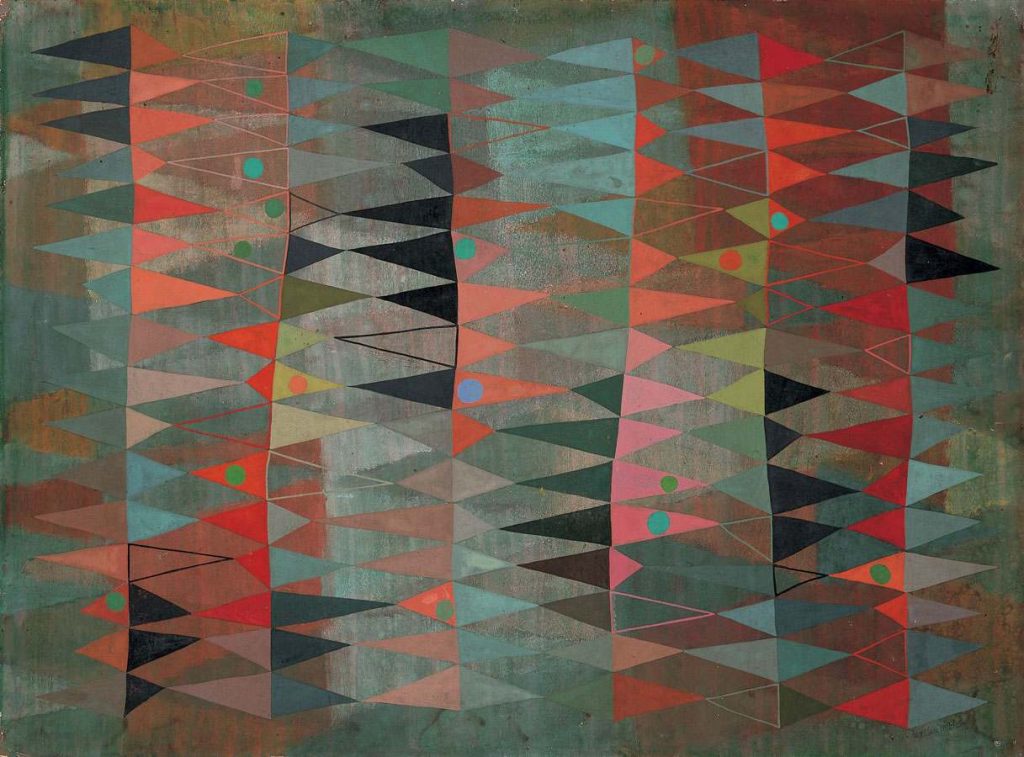 At Cranbrook Academy of Art, fundamental questions about painting emerged during the midcentury through the productive tension between the styles of its early painting instructors: Zoltan Sepeshy, a figurative painter, and Wallace Mitchell, an abstractionist. This exhibition mines the dynamic contrast between these two foundational figures in Cranbrook’s history, tracing the effects of their legacy through their own work and that of their students—several of whom went on to careers of national renown.

What to Paint and Why was organized by Cranbrook Art Museum and curated by Chad Alligood, 2012-2013 Jeanne and Ralph Graham Collections Fellow. The exhibition is sponsored, in part, by The Clannad Foundation. The accompanying catalog is sponsored by Joan and Roy Bence; Sheri and Jonathan Boos; Jeffrey and Holly Mitchell; and Reuel Ruder, Rhine Ruder, and Rhea and Jim Sleeman.